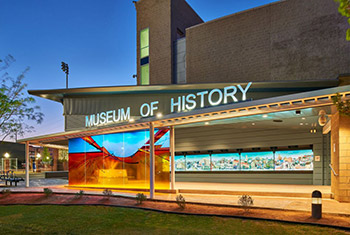 The El Paso Museum of History (EPMH) offers excellent educational benefits to the community. EPMH introduces visitors to the significance of the rich multicultural and multinational history of the border region known as El Paso del Norte (The Pass of the North). Through exhibitions and educational programming, EPMH involves diverse audiences in exploring the varieties of human experience and encourages individuals to explore the past by reflecting on their own place in history.