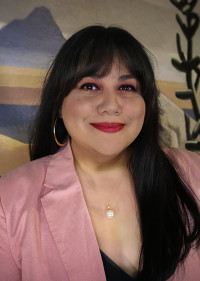 Erica Marin is the first El Paso native and Latina to be appointed as a director of the El Paso Museum of History. She has been with the City of El Paso for nearly three years and recently served as curator of the museum. During her time at the museum, Marin has been a critical driver in developing community-driven exhibitions that celebrate cultural and civic contributions by more diverse communities. The approach, which resulted in exhibitions like “Neighborhoods & Shared Memories: Sunset Heights” and “Low & Slow: Lowrider Culture on the Border” has correlated in an increase of attendance at the museum of more than 233 percent during the last decade. Marin holds a bachelor’s degree in Fine Arts/Museum Conservation from New Mexico State University and a Master’s in Public History from The University of Texas at El Paso - UTEP. She is also a National Association of Latino Arts and Cultures (NALAC) Leadership Institute Fellow. Before joining the El Paso Museum of History, Erica Marin served as an Exhibits Curator for Las Cruces Museums, and an independent curator for Purple Gallery in El Paso. She is also active in the community as an artist, focusing her creative work primarily on identity and memory. 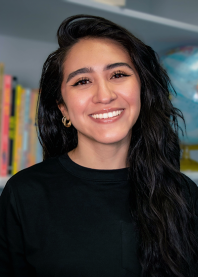 Stephanie Gardea is a native El Pasoan and the Museum Registrar for the El Paso Museum of History. She has been with the City of El Paso for nearly three years and recently served as the Education and Curatorial Associate of the museum. Ms. Gardea also oversees and curates the Museum’s unique digital wall, DIGIE, through which EPMH shares its collections and archival resources with the broader community. She received her B.A. in Art History from The University of Texas at Austin in 2017 as a Presidential Achievement Scholar and Gateway Scholar. In her time at UT, she practiced as a gallery curator at the Visual Arts Center and an archival intern at the Harry Ransom Center. In her work at the Museum of History, she hopes to amplify El Paso’s rich history by exhibiting the museum’s hidden treasures to share with the people of El Paso and visitors alike. Susana Contreras was raised in El Paso and currently serves as the Museum of History’s Membership and Outreach Coordinator. Prior to joining the Museum, Susana helped lead fundraising and membership development at BRIC in Brooklyn, New York, one of the city’s largest arts and media nonprofit organizations. In just under five years, Susana grew two membership programs and led grant making efforts that raised close to $6 million annually in foundation, government, and corporate philanthropic gifts to the organization. Susana has close to a decade of experience in development, working on everything from grassroots fundraising campaigns to securing multi-million dollar gifts from individuals and foundations. As a steadfast supporter of the arts and her community, in her role at the El Paso Museum of History, Susana hopes to grow the support and critical infrastructure needed to ensure that all people not only have access to cultural spaces, but also feel welcome and encouraged to share their own histories and visions for the future. Susana holds a BA in Comparative Literature from New Mexico State University. 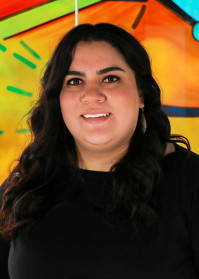 Natasha Norman is a homegrown El Pasoan and Marketing Coordinator for the El Paso Museum of History. She received her Bachelor’s of Business Administration in Marketing with a concentration in Advertising from Northwood University in Cedar Hill, Texas. She graduated with Faculty and Academic Excellence Awards in Advertising and is recognized as Who’s Who Among American Universities and Colleges. Upon graduation, she worked for three years as the Marketing Coordinator for the Kay Bailey Hutchinson Convention Center in Dallas. After moving back to El Paso, Ms. Norman worked as the Promotions Assistant for iHeart Media and obtained a Social Media Strategist Certification from the National Institute of Social Media. 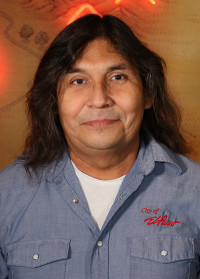 Pete Campos is the newest hire at EPMH. Since 1983, Pete has worked in various departments within the City including: Parks & Recreation, Sun Metro, Streets & Maintenance, El Paso Museum of Art and the El Paso Zoo. With close to forty years of experience and dedication to the City, Pete joins our operations team as the Museum & Operations Assistant. 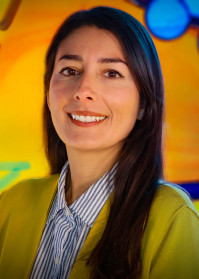 Norma Chairez-Hartell is a first generation immigrant from Durango, Mexico hired as curator for the El Paso History Museum. Norma previously worked as curator for the Las Cruces City Museums where she curated Lucha Libre: Stories from the Ring and later displayed it at the El Paso History Museum. Norma graduated in 2010 from NMSU with a BFA and an MA in Anthropology 2016 where she focused on highlighting the visual arts of Southern New Mexico. On May 26, 2015, she listed Chope’s Town Café and Bar on the National Register of Historic Places. Norma is the founder of the Murals of Las Cruces project, a 2021 National Association of Latino Arts and Culture Leadership Institute Fellow, and a Latino Heritage Scholar with Hispanic Access Foundation where she and her colleagues published several white paper reports highlighting the importance of Latino Historic Preservation. As Curator for EPMH, Norma hopes to highlight and elevate the voices of the many communities in the El Paso and border region through dynamic exhibits.

Javier Segovia is a proud Chicanx, recently hired as the Education & Curatorial Associate. Javier previously worked at the Tom Lea Institute for three years as their Collections and Communications Manager, and also as their Education and Collections Manager before being promoted. In 2021, Javier received the Tom Lea Fellowship, which allowed Javier to curate his own exhibition titled, Ghost on Mount Cristo Rey: Urbici Soler and Tom Lea Exhibition. Javier Segovia has a BA in History and a minor in Museum Studies. Javier is currently working on his MA in Latin American Border Studies and will graduate in May 2022 from UTEP.  In his new role, Javier hopes to continue the impressive work that the History Museum has been offering. Javier also wishes to represent marginalized individuals and communities, through education, art, and exhibitions. 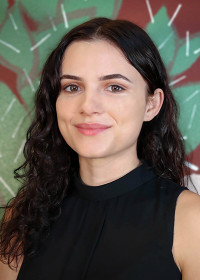 Nora Rose joined the EPMH team in 2021 as the Community Engagement Associate. Though she originally hails from Oakland, California, she has fallen in love with El Paso’s high desert wildlife and binational arts & culture scene. Prior to joining the EPMH team, Nora worked for the El Paso Community Foundation, El Paso Chamber, and as a staff writer in New York City. She is currently earning her Master’s of Education from the University of Virginia. In her role, Nora looks forward to welcoming new audiences to the museum and supporting the museum as a community space. 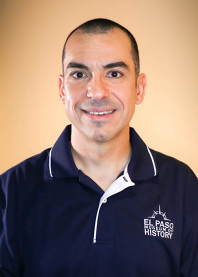 Sebastian Ribas-Normand joined EPMH in 2006. Prior to joining the History Museum’s team, Sebastian lived in Spain, where he worked in museums and cultural centers for ten years. His experience includes working as Field and Laboratory Assistant at the Deia Archaeology Museum and Research Center, Art/Historian/Researcher at the Consell Insular de Mallorca-Unitat de Estudio de Arqitectura, Equipo Estiu S.L., and Maria Isabel Romero Aguade Estudio de Arqitectura. Mr. Ribas-Normand was a Docent and Assistant Curator at the Museum of History at Bellver Castle in the city of Palma de Mallorca and Auxiliary Tech/Historian for the Consell Insular de Mallorca Unitat de Patrimoni. 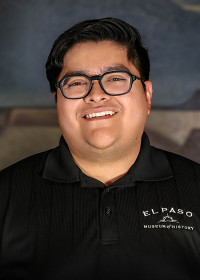 Alan Aguirre was born and raised in El Paso, Texas and moved to San Antonio to attend Trinity University. While at Trinity, Alan worked as a studio assistant for the print studio and practiced with a variety of traditional 2D and 3D art mediums. After receiving his BA in Fine Art in 2018, Alan worked as a gallery attendant at the San Antonio Museum of Art. While working at SAMA, Alan was able to interact with all the individual departments that run a museum as well as do summer research for the curator of the American Gallery. Alan is fascinated by all the background mechanics that have to be done to complete all the wonderful exhibitions put on display at museums for guests and hopes to be a helpful part of that here at the El Paso History Museum.

Alicia Aguilar was born and raised in El Paso and one of our most recent hires. Before working at EPMH, Alicia worked with the city of Socorro at the Rio Vista historical landmark turned community center where she assisted with the archival, preservation and maintenance of the Bracero program artifacts from the site. She also collaborated with the historical landmark commission whose mission is to maintain oversight of past, present and future building modifications to protect the site’s historical integrity. Ms. Aguilar is now a visitor services assistant and hopes to connect with the El Paso community and visitors alike to enrich their experience as they learn more about El Paso’s history.